During the spring of 2010 IKEA contacted Umeå Institute of Design because of an event they were planning during the Swedish royal wedding in the beginning of the summer. They were planning a city-wide exhibition in which one part would be different Swedish design schools showcasing themselves and Swedish design. Each school was allotted a 2x2x2 meter volume to do whatever they wanted with as long as it fitted the exhibition theme of “togetherness” (Tillsammans).

A group of six students from Umeå Institute of Design got together and thought about what the visitors to the exhibition would like to experience and the consensus was to create something that promoted togetherness between strangers, something that represented Sweden and something that was hidden under the surface – a metaphor that everyone is so much more than they seem on the surface. 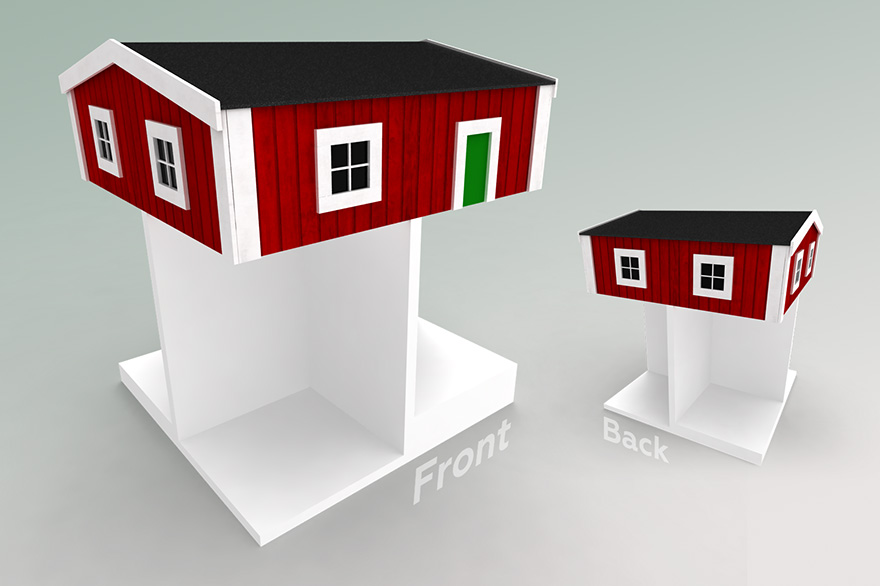 The final exhibit was a 2 by 2 meter hut in traditional Swedish style with red walls and white corners. Looking, scale aside, like it could have been lifted straight out from the Swedish countryside. 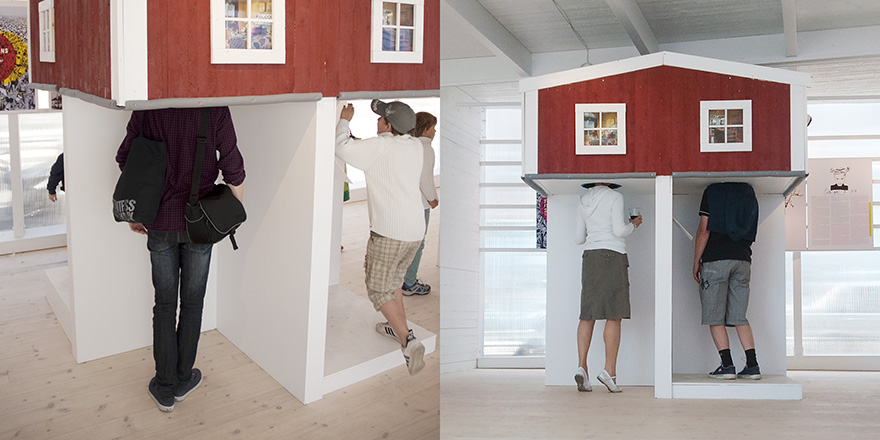 The lower part of the hut was separated into four booths, with different height to be accessible for different people. Each booth had a hole cut where visitors could pop up their heads. This obviously garnered a lot of curiosity, with children and adult alike crowding around to see what mysteries were hidden inside.

Inside we brought the 1970s disco experience back again. The inside was adorned with a working disco ball, strobe lights and a animated disco floor. From a speaker hidden in the ceiling some of the greatest disco music ever written played.

Every visitor who left the hut did so with a smile, and many who left came back with their father, mother, sister, girlfriend, friend, grandparent or random person in tow. Many visitors even tried the different holes to see if there was another experience in there.

The most interesting was no doubt when people who didn’t know each other looked in through different holes at the same time and got face to face with each other, even if no words were said they still shared a smile, a togetherness.

Two weeks after the inaguration the exhibition was torn down, but I’d like to believe they were the two grooviest weeks during the Stockholm summer of 2010.