If you’re here because this mouse was recently featured in tech and Nintendo blogs make sure you watch the video at my YouTube channel for a more in depth look at the 8BitDo Wireless Mouse: https://youtu.be/rne7UpZE2sM

From a short project aimed mainly at learning workshop machinery at the Umeå Institute of Design came a computer mouse so retro thumbs spontaneously dislocated upon touching it, callouses developed on the hands of even the most devoted console gamers.

Inspiration for the computer mouse came from the Nintendo Entertainment System (NES) which was produced from 1983 to 1995. An iconic console which made not only gaming something of everyday life of many people but also set the standard for games to come. The NES gamepad has made permanent impressions on many young people’s minds and hands. 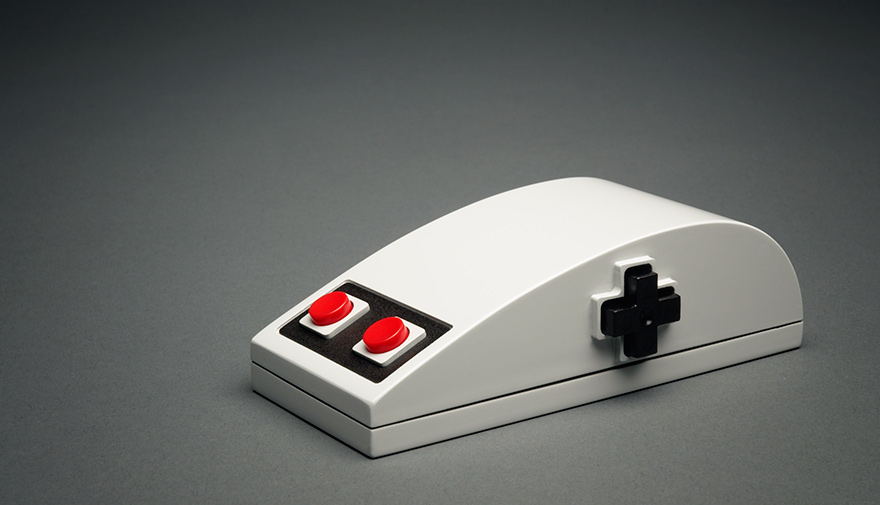 The final mouse breathes the language of 1980s Nintendo, albeit with some provisions for roundness to create a not entirely displeasing ergonomic experience. The right and left click buttons are the same as the NES gamepad as well as the directional pad which is located on the side for scrolling, much like the scroll wheel on many current mouses.

Engadget dubbed the NES mouse as “the most amazing piece of industrial design in the history of humankind” and Gizmodo called it “the stuff dreams are made of”.