Voices of Umeå is a project together with the local composer Anders Lind in which he is going to put together a musical piece featuring the citizens of the city of Umeå, Sweden for the year 2014 when Umeå is the European capital of culture. The five day project was intended for pitching an idea of how the recording of Umeå citizens could be done.

To achieve his aim, to record several thousand voices, over the span of a few months Anders has plans of creating a device or portal where people can approach and record themselves with minimal effort. 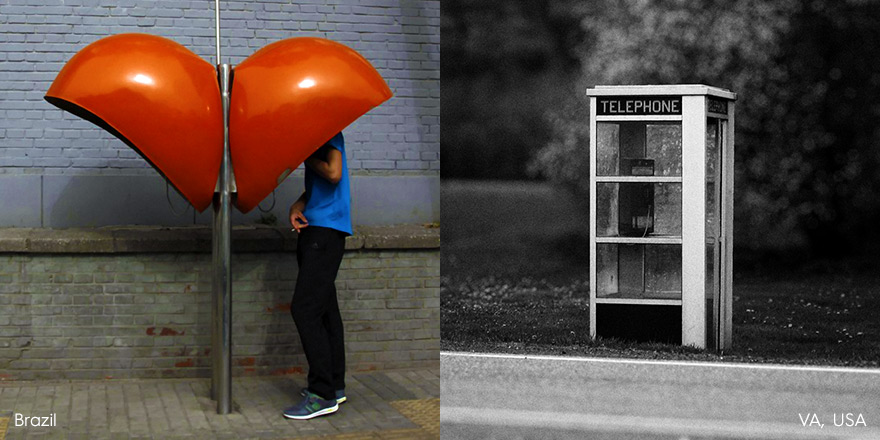 The inspiration of the project came from another field where people both feel comfortable to interact and use their voices in as well as an area that is instantly recognizeable; the common phonebooth. Phonebooths from around the world were referenced and all had one theme in common: privacy, or at least the illusion thereof. 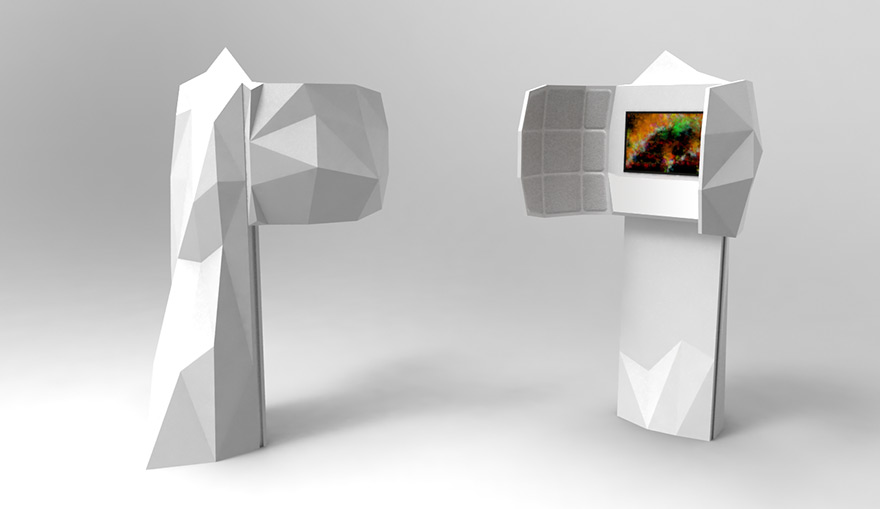 Drawing upon the arid climate around Umeå in winter the final portal was created. Its edgy structure reminding of the ice and snow that surrounds the north of Sweden come wintertime. The wings on either side both invite the user as well as shield from surrounding noise, making sure that the recording is as clear as possible, privacy as high as possible while keeping claustrophobia to a minimum.

The recording device would eventually be touring schools and public institutions around Umeå and should therefore work independently regardless of the environment it is placed in.

Since the device will be independent care needs to be taken about its accessibility, people of all characteristics should be able to access it. The wings and screen therefore lowers and raises depending on the height of the person approaching so no one has to be left out.

The final portal would have a easy to use and understand interface where you are explained the purpose of the project in simple terms as well as what is in it for you; to receive a visualization of your own voice. After the recording the possibility to delete it should also exist in case the user has changed their mind about participation at any point in the process, or would simply want to have a retry at the recording.

A video of the concept from beginning, through interface and recording and ending the interaction.

A Processing program was developed to analyze audio, either through prerecorded audio or directly from a microphone, and paint that out on a canvas. At the end of the recording cycle an image file is saved to be able to keep the result. Though, arguably the experience of creating, watching the painted blobs visualize your voice in real time, is much more interesting than watching the static result.

The code for the program is largely based on Nicolas Coronado’s Audio Painter and a big thank you goes out to him for his help in this process.