Umeå Institute of Design was approached by the regional Swedish police with a project in which they were planning to build a new command center. The task for the students was to look at the environment of the operators who receive calls from the public, dispatch police patrols and keep things organized.

Their current working environment consists of a large room populated by a vast amount of screens. Each operator uses 3-5 screens to control the various systems they need. The physical work environment is an ergonomic disadvantage to the employees as well as the layout of the computer system being a cognitive strain.

The concept developed through this five week project severely reduced the amount of screens required for the operators. The system has been condensed and features that are never used have been removed, seldomly used features hidden but still accessible and the features that are used on an everyday basis are out in the open offering easy access. 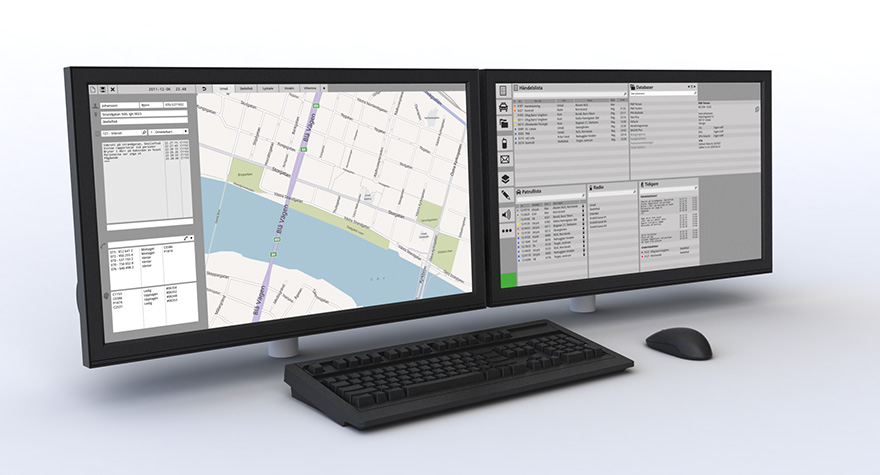 The concept focuses on the map as a central focus. Most of the work the operators are doing are tied into the map in one way or another; locations of incoming calls, location of patrols, route maps and so forth, so it was only natural to design the system around the map itself.